Well, it's finally here.......the World Cup in South Africa. The tension in the Nunhead Mum household has been, well, tense. Once David and Mac had got "Wembley out of the way" their attention turned from Millwall's Lions to the Three Lions. We've now got a 42" television in the living room which caused a bit of a stir in Cafe Nero when I informed Charlie that Curry's had just delivered. "How big? 42 INCHES?" she yelled which pretty much brought the whole place to an open mouthed standstill.

Finger food abounds in the fridge, freezer and cupboards. It's too much, apparently, to ask my boys to eat proper food with a knife and fork - why eat a roast dinner when they can graze on chicken drumsticks, mini quiches, celery sticks and crisps? Still, it's only for a couple of weeks, I'll ram them full of proper meals over the rest of the summer.

Mac has been learning all about all the countries featuring in the World Cup since he got back to school after half term and we all have lively interesting discussions. Go on, ask me anything about South Korea. Go on, ask me!

David has wangled the afternoon of the 23rd off (along with half of the country I suspect) and is working out the quickest way to get Mac home from school in time for the 3pm England kick off. Not the safest, I might add, just the quickest. Besides, I don't know anyone with a motorbike, let alone anyone who will be happy with a five year old clinging on behind them.

Frank and Marjorie have gone a bit off track.....they've decided not to support England but both picked a team out of a hat to support. Frank is therefore rooting for Australia and Marjorie has got Nigeria and was dressed yesterday in a brightly coloured kaftan.

Janey is "not watching the world cup, bloody stupid, Eastenders has been buggered about with" but is spending every match indulging in some sort of pampering routine. I rang her yesterday during the England game only to be told by Darren that she's "sitting upstairs in the bathroom, waxing her minnie". I didn't need to know that.

And as for me, well, I'm doing what any sane woman would do. Ogling the players. I'm not so much musing their passing abilities or nifty footwork but that's what David and Mac are thinking anyway. Charlie's coming round tomorrow night for the Italy game. Now, they've got a lot of, erm, skill.
Posted by Nunhead Mum of One at 7:50:00 pm

At least 3.00pm is a civilised time. My husband got up at 4.30 AM!!! this morning to watch "us" massacred by the Germans. The good bit is I didn't have to endure it. We only have one television and it isn't very big so imagine if it was on in prime time. The remote wouldn't be safe!

The World Cup is so exciting! I have been so into it! But unfortunately, there are more people in my family, (and I seem to be the only one into the world cup in spite of having 2 brothers) and my intentions to hijack the television set are never successful ! :P

Great Blog! Surely there is no good to come from watching football! Except of course from the players lol well i spent the whole football season shopping - both online and offline!

I hate football, I don't get why guys love it so much and why they act like they are involved in someway when it's on.

Nice article, thanks for the information.

Hi, is it rite to simply study from publications not to pay a quick visit web for latest updates, what you say guys? Loodgieter Hoofddorp

Panchang gives you a brief about the auspicious and inauspicious timings in a life span. You can choose good times and omit bad times in your life with the correct knowledge of Panchang. Daily and Monthly Panchang can be seen on mPanchang and you can execute auspicious work in your life accordingly.

One more way to play Gclub69 online casino games. Easy to use and fast. Both computer and mobile. There are a variety of channels to choose from. We have checked and updated to protect the entrance of the club. Golden slot Entrance to online casino games on a regular basis. You will be assured that you will be able to play a variety of online casino games such as Baccarat, online lottery, slots, hyeas, and more than 200 online gambling games. Of course, Gclub Six Six "for download online casino games are available in both Thai and English. The game that everyone is interested in and bet the most can find the experience and techniques of betting, you know how to play well. Fun in the new view that you can play every day without any break for you to get irritated. สล็อตออนไลน์ We have launched online betting every 24 hours, no daily service. Entertainment for you to play at home fun in the view in perfect form. Online Betting It is an online game that everyone is interested in each other.

The sport of humanity has passed smoothly. goldenslot

Nice article, thanks for the information.

This is my first time i visit here. I found so many entertaining stuff in your blog, especially its discussion.
From the tons of comments on your articles, I guess I am not the only one having all the leisure here! Keep up the good work.
I have been meaning to write something like this on my website and you have given me an idea. also, you can check How to Get free Robux

You have some really great articles and I believe I would be a good asset. If you ever want to take some of the load off, I’d love to write some articles for your blog in exchange for a link back to mine. Please blast me an email if interested. Many
thanks!


Valuable information. Lucky me I discovered your site unintentionally,
and I am shocked why this coincidence did not took place in advance!
I bookmarked it.

I drop a comment when I especially enjoy a article on a blog or I have
something to add to the conversation. It\'s triggered by the fire displayed in the article I browsed.
And on this article -+Ishouless+-. I was actually moved enough to
create a comment ;-) I actually do have a few questions for you if
it\'s allright. Could it be only me or do some of these comments appear
like left by brain dead folks? :-P And, if you are posting on additional places, I\'d like to keep
up with everything fresh you have to post. Could you list all
of all your shared sites like your twitter feed, Facebook page or linkedin profile?


I all the time used to study piece of writing in news papers but now as I
am a user of net therefore from now I am using net for articles or reviews, thanks to web.

You ave made some really good points there. I looked on the internet for additional information about the issue and found most people will go along with your views on this website.
link alternatif joker123


For most recent news you have to pay a visit the web and on world-wide-web
I found this site as a best web page for hottest updates.


I am sure this article has touched all the internet visitors,
its really really pleasant article on building upp new weblog.

I don’t understand this website much… First, it’s hard to make customers click a random link with no information, secondly, isn’t a automatic message that populates in status box similar to a virus? Thank you for sharing!
link alternatif slot

Thank you so much for this. I was into this issue and tired to tinker around to check if its possible but couldnt get it done. Now that i have seen the way you did it, thank
download joker apk

I have read so many posts on the topic of the blogger lovers except this post is in fact a nice article, keep it
up..

is this your blog ?? if so, this blog is very useful for everyone. I will share it with others, is it okay? Thank you for your understanding


Hello to every body, it’s my first visit of this webpage; this blog
carries awesome and actually fine stuff designed for readers.

Pretty nice post. I just stumbled upon your weblog and wished to say that I’ve really enjoyed surfing around your blog posts. After all I’ll be subscribing to your feed and I hope you write again soon!
joker123
joker388
joker gaming
idn poker
idn poker
joker123


?our style is really unique compared to other folks
I’?e read stuff from. I appreciate you f?r posting when you ha?e the opportunity, Guess I’ll ?ust book mark this page.

Brilliant outlined data. I thank you about that. Most likely it will be exceptionally helpful for my future ventures. Might want to see some different posts on the same

Nunhead Mum of One
Nunhead, London, United Kingdom
I'm a mum of one, wife of one and owner to several dogs, a variety of breeds and sizes. I live in the up and coming area (or so they say) of Nunhead and have mad neighbours, strange friends and certifiable relatives. I shop locally, although I do defect to Sainsburys once a week - shoot me now local shopkeepers.

visitors so far - which seems to have re-set itself!

and I read these too! 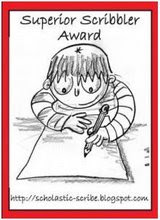 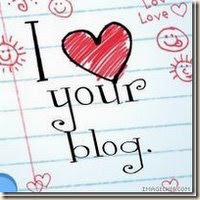 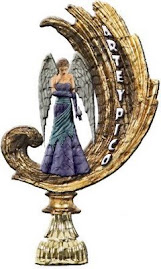